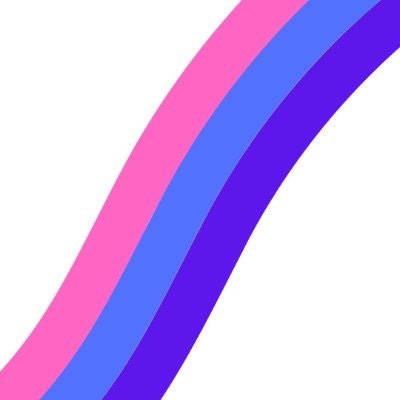 This post was written by Ron Tidhar. Thanks to DAO Masters contributors Tyler Whittle and Rob Bremner for their insights and edits.

Coordination is critical to the success of organizations. It separates teams executing in harmony from those that fail and fall apart.

Corporations try to solve coordination problems through top-down command and control. “Upper management” makes key decisions related to strategy, incentives, organizational structure — and even trivial decisions about IT software, lunch perks, and work hours. These decisions are then handed down to eagerly awaiting employees. To be fair, this approach has its advantages. Decisions can be made quickly, teams of employees can be managed in sync, and low-performers can be sacked. Overall, corporations can be very fast at executing decisions.

At the same time, while corporations can be fast in following their well-worn strategies through familiar tactics (e.g., increasing output from their existing factory; growing revenue from their established products), they often struggle to innovate with new technologies.

This is perhaps best captured by Clayton Christensen’s The Innovator’s Dilemma. Christensen describes how incumbents — in seeking to better serve their existing customers and increase profits — struggle to adopt new technologies that are seemingly low-performing. But in doing so, incumbents leave open room for new entrants, who adopt the innovative technologies. While these initially only serve niche segments, they eventually develop enough to disrupt the mainstream market.

What type of organizations, then, are better suited to adopting and harnessing new innovations?

Online Communities have been a source of intriguing case studies for innovation with new technologies. LEGO famously leveraged its online community of adult fans who, using online chat rooms and 3D printers, had developed and built novel LEGO designs. In doing so, LEGO (the corporation) veered from the brink of bankruptcy to eventually overtake Mattel as the world’s largest toy maker. Red Hat provides a set of B2B software products that are offered to the market for free and maintained as open source in collaboration with their community of developers. In 2019, the company was acquired by IBM for $34 billion. And Minecraft moderators (“mods”) forked the popular video game to invent the “Battle Royale” game mode that has since been copied by Fortnite and Call of Duty to become two of the most successful games of all time.

Online communities are characterized by open access, transparency, and interest-based selection. Members can work on whatever is most interesting to them — not what is most important to their boss. Because they are distributed, transparent, and usually very large (being open access), communities are particularly effective at discovering unexpected innovative applications of new technologies. Like the Minecraft mods and LEGO’s adult fans, community members were able to innovate on the core product to find unexpectedly valuable uses (a new game mode for Minecraft, new designs serving an untapped customer segment for LEGO).

At the same time, online communities struggle to make fast, effective decisions. In 2014, an anonymous programmer built a “community-controlled” version of Pokémon. The game was live-streamed on Twitch, with viewers of the stream entering commands in the live chat to control the in-game character (up, down, left, right…). The result was comical anarchy. One article commented:

[The character] gets stuck in corners. He walks in circles, compulsively checking his Pokédex and saving over and over again. Commands stream in from the chat channel faster than the game can possibly process them, making progress difficult-to-impossible even without the lag factor or the ‘help’ of gleeful trolls.

Why do communities struggle to make fast decisions? Because it’s hard to coordinate! The same thing that makes communities so great at uncovering novel innovations — diverse members following their curiosity and passion — also makes it difficult to get everyone on the same page and executing in the same direction.

So, we have a house divided.

On the one hand, corporations are highly effective at quickly executing top-down decisions. Yet they struggle to innovate, are not transparent, and can be highly selective and exclusionary.

On the other hand, communities are usually large, diverse, and transparent organizations that uncover surprisingly novel innovations. Yet they struggle to make simple decisions like whether a game character should move up, down, left, or right.

How are we to organize? How do we solve this coordination dilemma?

DAOs — Decentralized Autonomous Organizations — are a new and promising form of organization that strikes a fine balance between the corporation and the community. Most simply, a DAO is an internet community with a shared bank account that sets its own rules on how to operate.

DAOs follow some structure. There are typically core contributors and peripheral community members. While some hierarchy is likely to emerge, everyone is ultimately free to choose what they work on.

For example, well-known cultural DAO, Friends With Benefits (FWB), started out as fairly amorphous and “community-like”. There were some central creators and staff, but they were mostly surrounded by undifferentiated community members.

Skip ahead only 3 months, and we see a much more structured organization. Yet, this is still much less hierarchical than a traditional corporation. FWB Mayor, Alex Zhang, writes,

In Web 3, while ownership is decentralized, the best decision making isn’t.

Ultimately, one of the most exciting things about DAOs is their ability to borrow aspects from both communities and corporations:

Strikingly, we observe this balance across the various dimensions:

We think the best run DAOs will be those that build a flexible organization that can strike the balance between a corporation and a community.

For now, this might leave you with more questions than answers. How exactly should a DAO strike that balance? When is it better to be like a corporation vs. a community? How might DAOs with different missions do this differently?

In follow up articles, we’ll be exploring just how DAOs might do this. We’ll cover ways in which DAOs can flexibly adapt their incentives, speed, structure, boundaries, decision-making processes, and more.

But we think even this starting point — situating DAOs on the spectrum between corporations and communities — can unlock new ways of thinking about coordination in this exciting new type of organization.

Feel free to reach out to @rontidhar on Twitter or join the DAO Masters Discord.